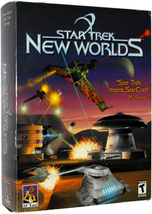 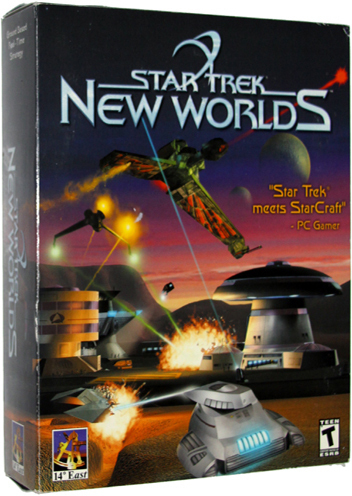 Star Trek: New Worlds is a strategy game by Interplay in which the player can choose to command the forces of the United Federation of Planets, Klingons or Romulans. The player's goal is to build successful colonies on a series of newly discovered planets while battling off competing factions.
There goes the neighborhood! Seems the Romulans have been experimenting on a top-secret weapon in the Neutral Zone and something has gone wrong during testing of Project Shiva. New resource-rich planets are blinking into existence throughout the buffer zone because of a spatial anomaly, and the temptation is proving too much for the peacekeeping United Federation of Planets and expansion-minded Klingon Empire.
The Romulan Star Empire is claiming rights to the new worlds since they're responsible for creating them. Indeed, colonies from all three factions are appearing on these worlds, a process bound to end in potentially dangerous confrontation as disputes over borders and territories emerge.
Buy For: $59.99 - $59.99
Condition: [BRAND NEW][SEALED] "US Retail" LARGE Boxed copy" complete
Availability: Usually Ships within 24 to 48 Hours
Eligible for FREE tracking & delivery confirmation