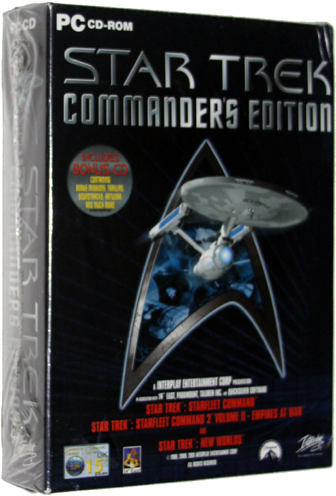 Starfleet Command: Using data from the best-selling strategy board game, Star Fleet Battles, Starfleet Command puts you in the captain's chair for the most amazing real-time space combat experience ever created. Pledge allegiance in the Klingon Empire, the United Federation of Planets, the Romulan Star Empire, the Hydran Kingdom, the Gorn Confederation or the Lyran Star Empire. Experience a 30 year campaign that takes you from Lieutenant Commander of a Frigate to a Rear Admiral in control of a task force including Destroyers, Heavy Cruisers, and Dreadnoughts. Command over 50 unique campaign missions generated by the Dynaverse engine, or reenact classic scenarios from the original series.