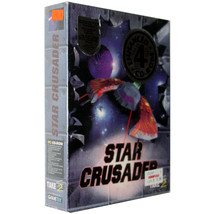 Star Crusader [PC Game] added to cart. Only one available in stock 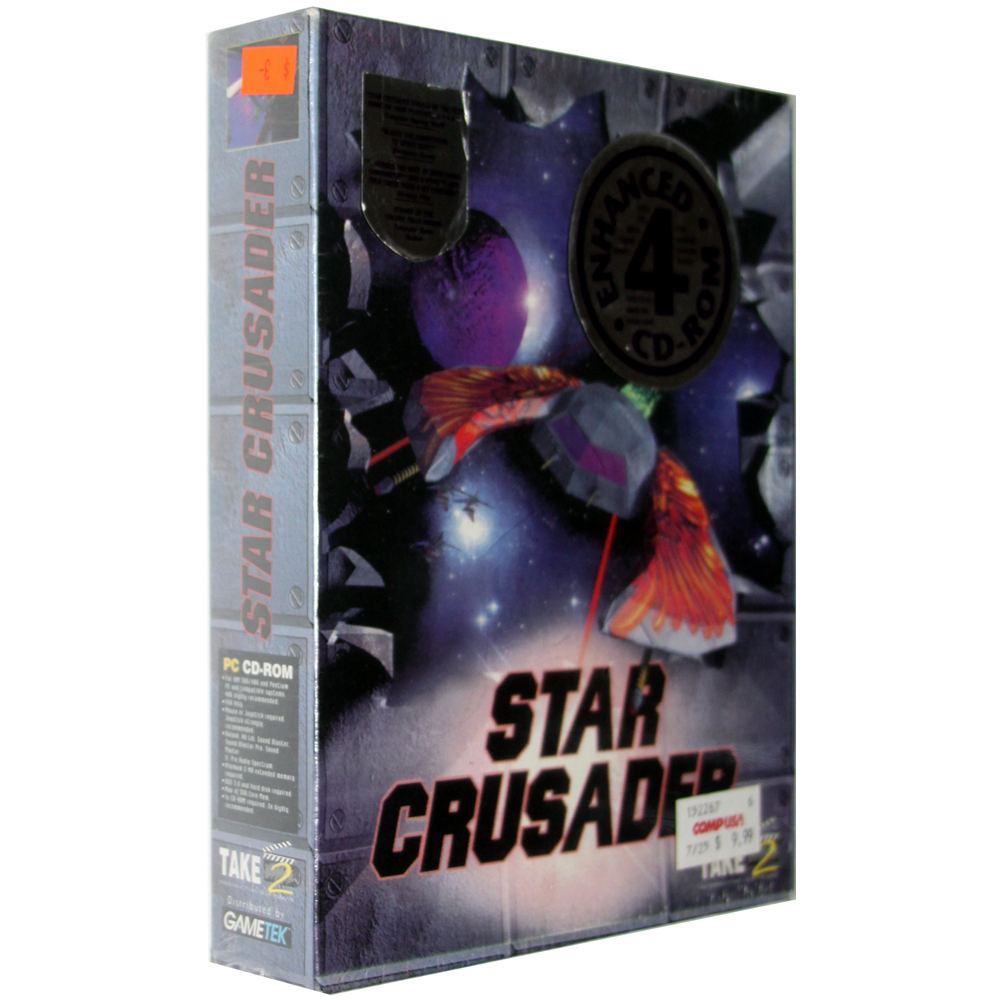 Star Crusader places you in the role of Roman Alexandria, a crack pilot for the most powerful race in the charted universe -- the Gorenes. The Gorene Empire has built its reputation by forcing other races to adopt to their way of thinking. Or have they? The Gorenes feel they help promote education and technology to those less fortunate.

Regardless, there are those who don't welcome Gorene expansion in their sectors. The new territory in question is the Ascalon Rift, a relatively unknown part of the universe. Five races have united to drive the Gorenes away.

Star Crusader lets you fly 13 different ships over multiple locations in 104 non-linear missions, including inside asteroid fields and nebulas. Cinematic cut-scenes further the story as you progress through the game -- you'll even decide whether or not to join the other side! The game also features a 3D engine with texture-mapped ships and environments.

As an incentive to upgrade from the floppy version, the CD-ROM contains over 150MB of digital speech by a cast of professional actors, improved special effects during the cinemas and all-new awards and medals for the elite pilots.