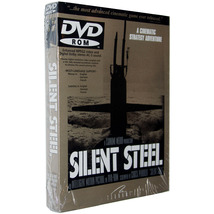 Silent Steel [DVD-ROM] [PC Game] added to cart. Only one available in stock 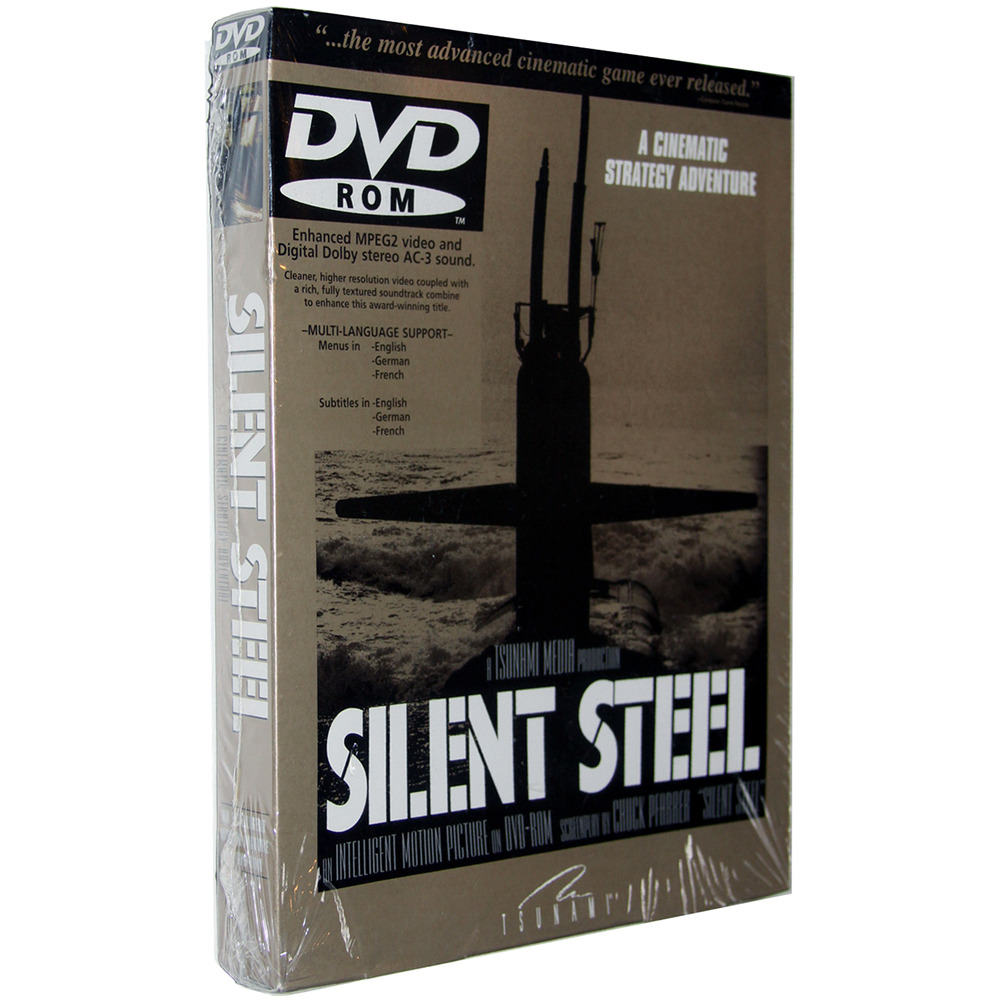 Silent Steel casts the player as captain of a nuclear submarine, on what is seemingly a routine peace-time patrol. As outside forces come into play, the Captain finds himself in the midst of a life-and-death struggle to save not only the ship, but to reveal a sinister plot that could start a devastating global confrontation.

You are the captain of the USS Idaho, an American nuclear missile submarine. On a routine peacetime patrol you receive an encoded message from US Navy Submarine Command, Atlantic Ocean - COMSUBLANT. The message says a stolen Libyan diesel sub has exited the Mediterranean Sea, possibly armed with nuclear weapons. You must now find and destroy the sub while avoiding enemies both above and below the waves...

Silent Steel is an unorthodox submarine simulator computer game. It was created during the influx of 'interactive movies' during the 1990s. The game is made entirely in FMV (Full Motion Video) with real actors and surroundings. The only real computer generated graphics are those filmed outside of the boat, during torpedo attacks and atmospheric fly-bys.

PLEASE NOTE: What you see is what you get, NO STOCK photos are used.