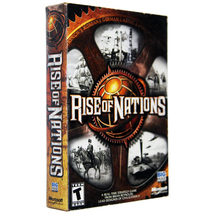 Rise of Nations [PC Game] added to cart. Only one available in stock 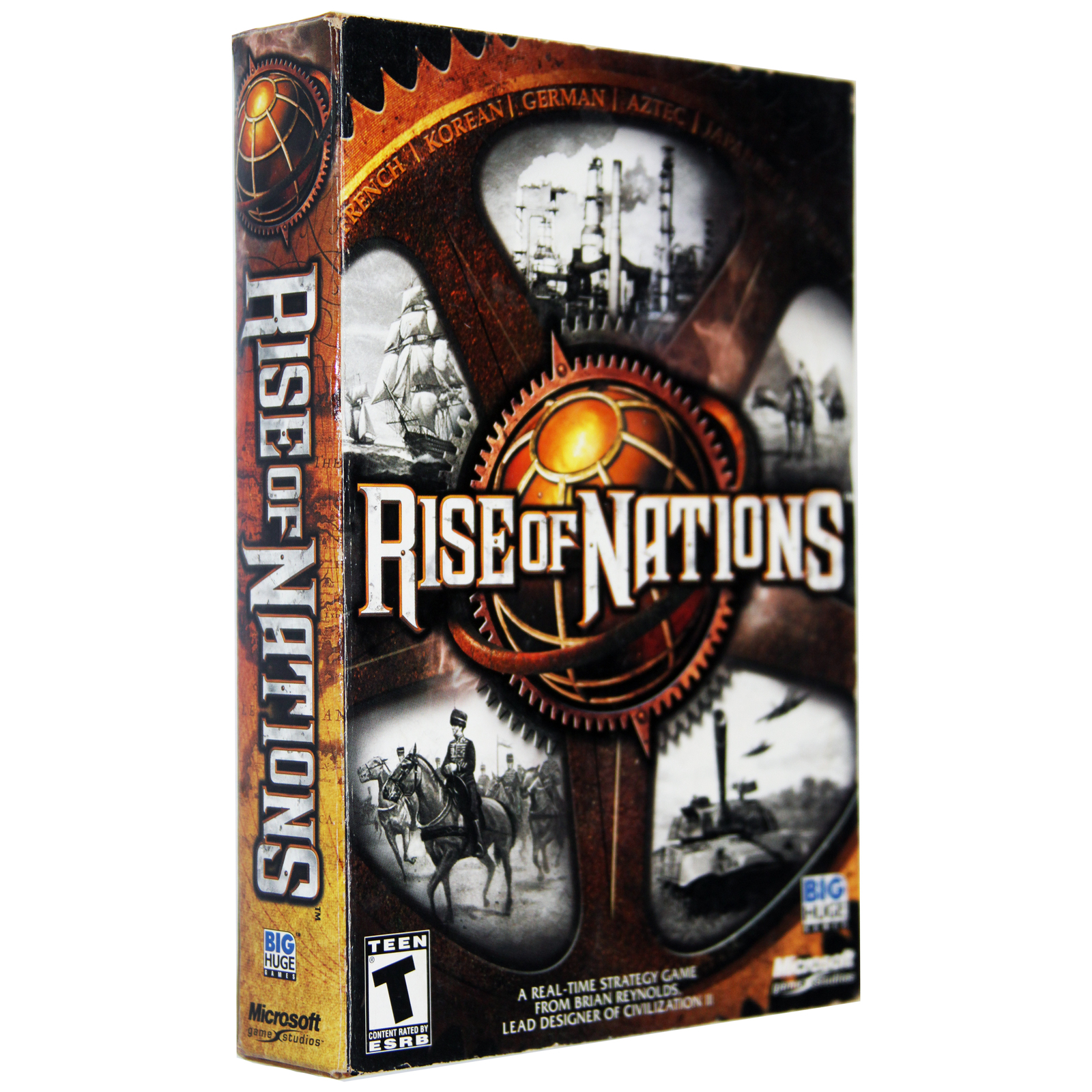 Rise of Nations strives to take only the most enjoyable elements of real-time strategy games and apply these in a new way. As in many turn-based strategy games (and also the 2001 sleeper RTS Kohan: Immortal Sovereigns), resources in Rise of Nations are constituent features of the land, as opposed to discrete mines and forests to be exploited and forgotten. Claim a resource by claiming the territory in which it lies. The player improves collection rates not by assigning more workers, but by advancing technologically and constructing better processing facilities in the nearby cities.

The inherent complexity of Rise of Nations is balanced by its artificial intelligence. For example, unlike the peons or peasants in many other real-time strategies, the worker units in this game are designed to seek out new jobs when they finish a project, looking for resources to collect, repairs to make, or buildings to erect or improve. The player does not need to constantly check worksites, or click an "idle peasant" button to keep the workforce at work. Other strategic elements may be similarly managed by auto-government, though the player always has the option of delving in for hands-on control of any aspect of play.

The player's faction stakes its claim to history as it establishes its first city, which also sets borders that define the nation's territory. Good civic management encourages stability and growth and as additional cities are founded, the borders expand. When the borders of growing nations begin to squeeze up next to one another, diplomatic negotiation and military might become crucial as well. There is great profit to be made in trade, and a neighboring country may be a useful ally, but the wisest state acts in its own long-term best interests first. Strike the right balance of civic infrastructure, diplomatic influence, and military support. Eventually, the wise ruler will lead the nation to rise through eight eras of development, from sticks and stones to nuclear warheads, enduring, out-negotiating, and overpowering the competition.