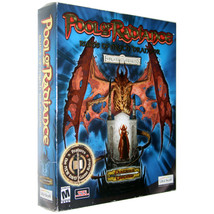 Pool of Radiance: Ruins of Myth Drannor [PC Game] added to cart. Only one available in stock 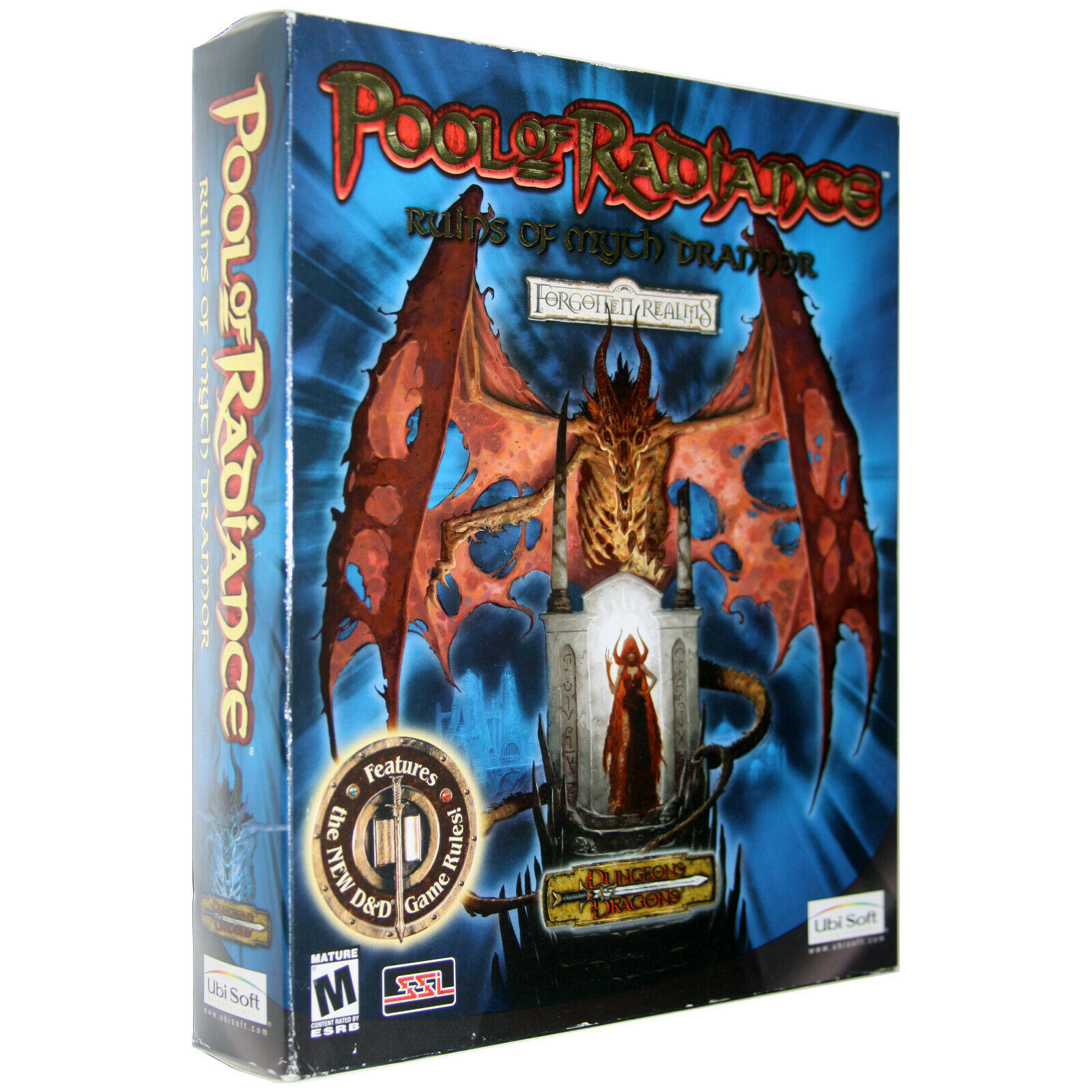 An old franchise charts new territory with this Ubisoft release of Pool of Radiance: Ruins of Myth Drannor. Top on the title's list of features is an employment of the 3rd Edition Dungeons & Dragons system. The game allows several of the new character classes and spells and accounts for many of the new rules defined in the updated core guide books, which were released towards the end of 2000.

Pool of Radiance: Ruins of Myth Drannor features a new story set in the campaign world of the Forgotten Realms, which may be familiar to pen-and-paper gamers as well as to veterans of earlier SSI titles. It seems that a newly found Pool of Radiance has become active, deep beneath the ruins of Myth Drannor, and it is having strange and unsettling effects on the good inhabitants of New Phlan. There will be no peace if the ancient dangers that the Pool represents are allowed to grow unchecked.

SSI first brought Advanced Dungeons & Dragons gaming to the home computer in the late 1980s with the release of the original Pool of Radiance. Computer gamers were impressed by the smooth, engaging play while conventional AD&D players relished the title's faithful rendition of the complicated pen-and-paper rules. The game's success encouraged sequels, including Curse of the Azure Bonds and Secret of the Silver Blades which continued the story introduced in the Pool of Radiance.

From the Manufacturer: The long awaited sequel to Pool of Radiance is on its way. This time around you must take your party of six characters on an adventure to put a stop to the re-activated Pool of Radiance which lies underneath the city of New Phlan. Get swept up in a story of mystery and danger as you make your way to the source of the problem: the ruined Elven city of Myth Drannor, one of the most dangerous and mysterious places in the Forgotten Realms. Pool of Radiance: Ruins of Myth Drannor is also one of the first AD&D games to incorporate the new Dungeons & Dragons 3rd Edition rules. Play new character classes and races such as Barbarians, Monks, Paladins and Half-Orcs, with the ability to cast over 100 spells.