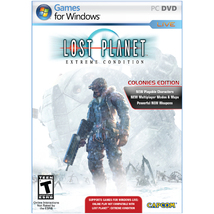 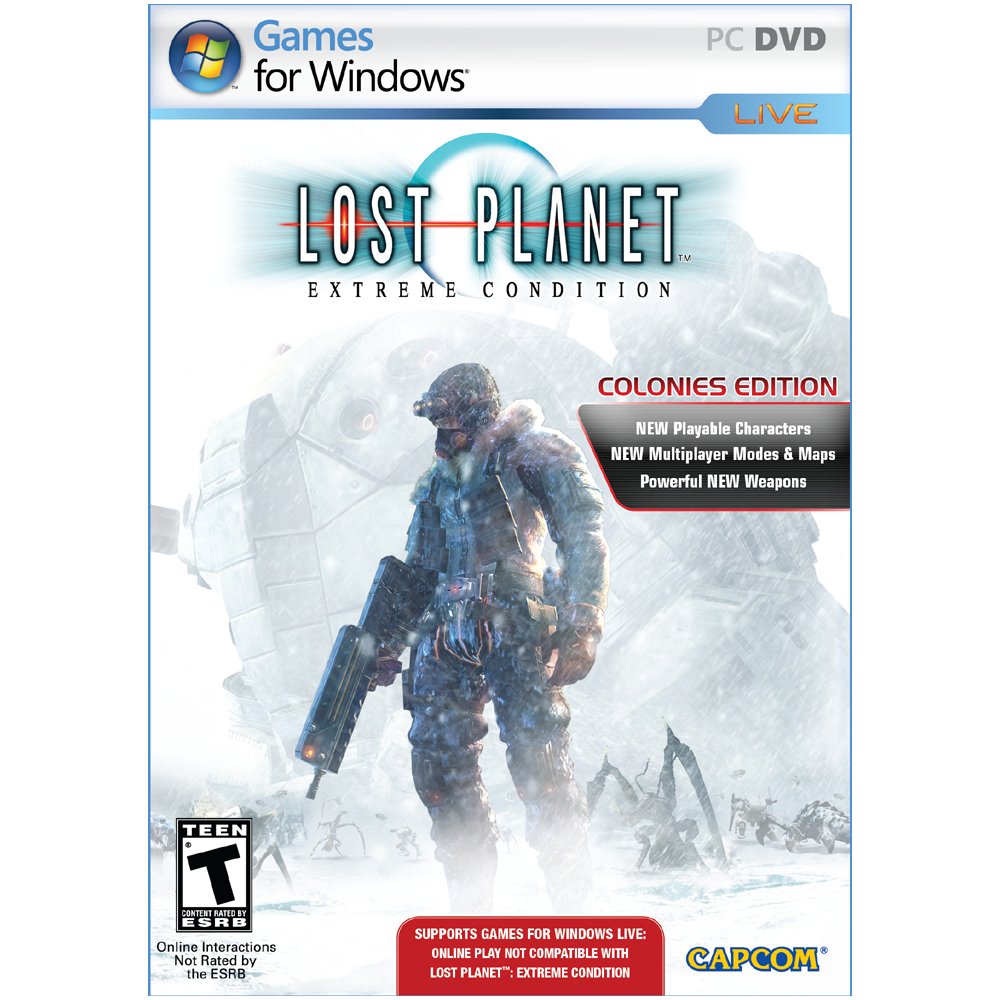 An original sci-fi shooter from the developers of Dead Rising, Lost Planet takes place in an arctic wasteland populated by aliens and a ragtag group of pirates. The world, E.D.N. III, is home to the Akrid, an insect-like race that is threatened by an encroaching human colony. As a snow pirate named Wayne, your goal is to harvest the Akrid for the thermal energy necessary for mankind's survival. The harsh weather and hostile creatures require a bit more than the average snowsuit, so players can strap themselves into armor-plated, bipedal machines called Vital Suits. These suits can be outfitted with a variety of high-powered armaments, from plasma rifles and machine guns to rocket launchers and grenades.

Lost Planet features a third-person viewpoint and emphasizes frenetic action across 11 distinct stages. Targeting is automatic and missions are structured in a linear fashion, each culminating in a boss fight against a deadly mix of organic and mechanical creatures. Cinematic cut-scenes delve into Wayne's mysterious past, while destructible environments lead to new Vital Suits being discovered for alternate attack and transportation forms. Online support for up to 16 combatants is also included in a variety of game modes. In addition to the kill-or-be-killed elimination and team elimination formats, players can race to control five outposts or work together to take out an armed fugitive. Lost Planet is available in both a standard and limited edition. The latter includes a metal case, a book of concept art, and additional multimedia content.

The Colonies Edition features new weapons, monsters, and multiplayer maps, as well as the ability to play as the character Luka or as a member of the Akrid race. Four new single-player modes are also available: Score Attack, in which points are given for specific kills; Time Trial Battle Mode, which is essentially an arcade mode; the self explanatory First-Person Shooter mode; and the unlockable Off-Limit Mode. The game is also cross platform compatible, allowing Xbox gamers and PC gamers to play together.