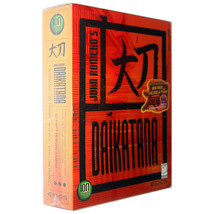 John Romero's Daikatana [PC Game] added to cart. Only one available in stock 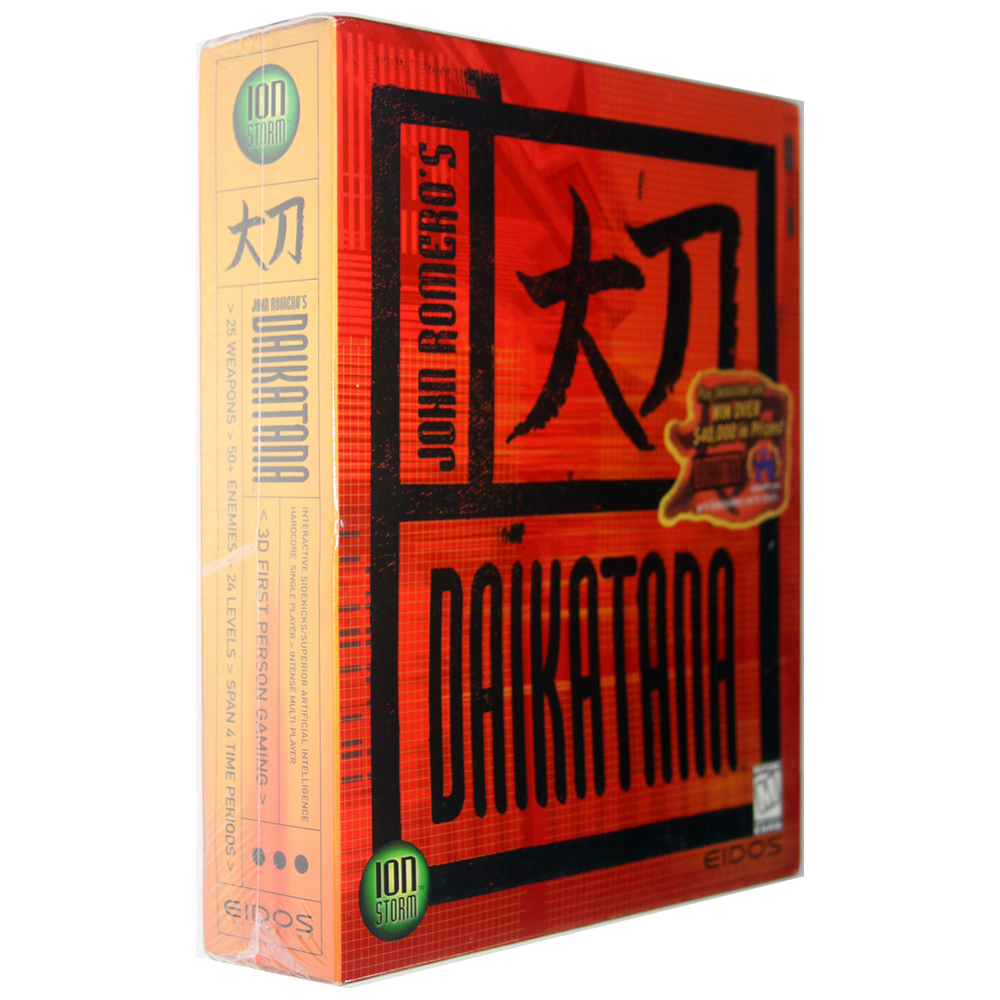 Brandishing the mighty ancient Japanese Samurai sword Daikatana, fight your way through four time periods, from the post-apocalyptic San Francisco of as distant future to the grimy Ancient Greece of ages past. You'll meet 64 monsters and encounter 25 different weapons in the detailed 3D environment that uses an enhanced version of Quake II's unified engine technology.

Daikatana was created in part by legendary Doom and Quake designer John Romero. Romero left id Software to form Ion Storm and this game is one of the new studio's first releases. Playing as Hiro Miyamoto, you're joined by two computer-controlled characters, Mikiko Ibihara and Superfly Johnson. The game's AI applies to all characters, allowing voice communications between you and your two sidekicks.

The game's four episodes are all quite different with distinctice environments and period-appropriate weapons, art, music, and creatures in each time period. Daikatana also features original audio tracks -- a total of 18 songs in MP3 format.

From the Manufacturer: Daikatana (PC Games) This first-person shooter is based on the Quake 2 engine and comes from the mind of one of the creators of legendary titles like Doom and Quake. The game puts you in the role of Hiro, who is in search of a legendary time traveling sword and on a quest to correct a wrong that occurred far in the past. Hiro and his sidekicks travel through four different time periods and face many different kinds of foes on their journey.