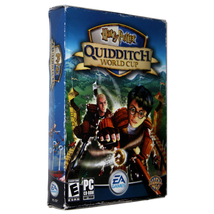 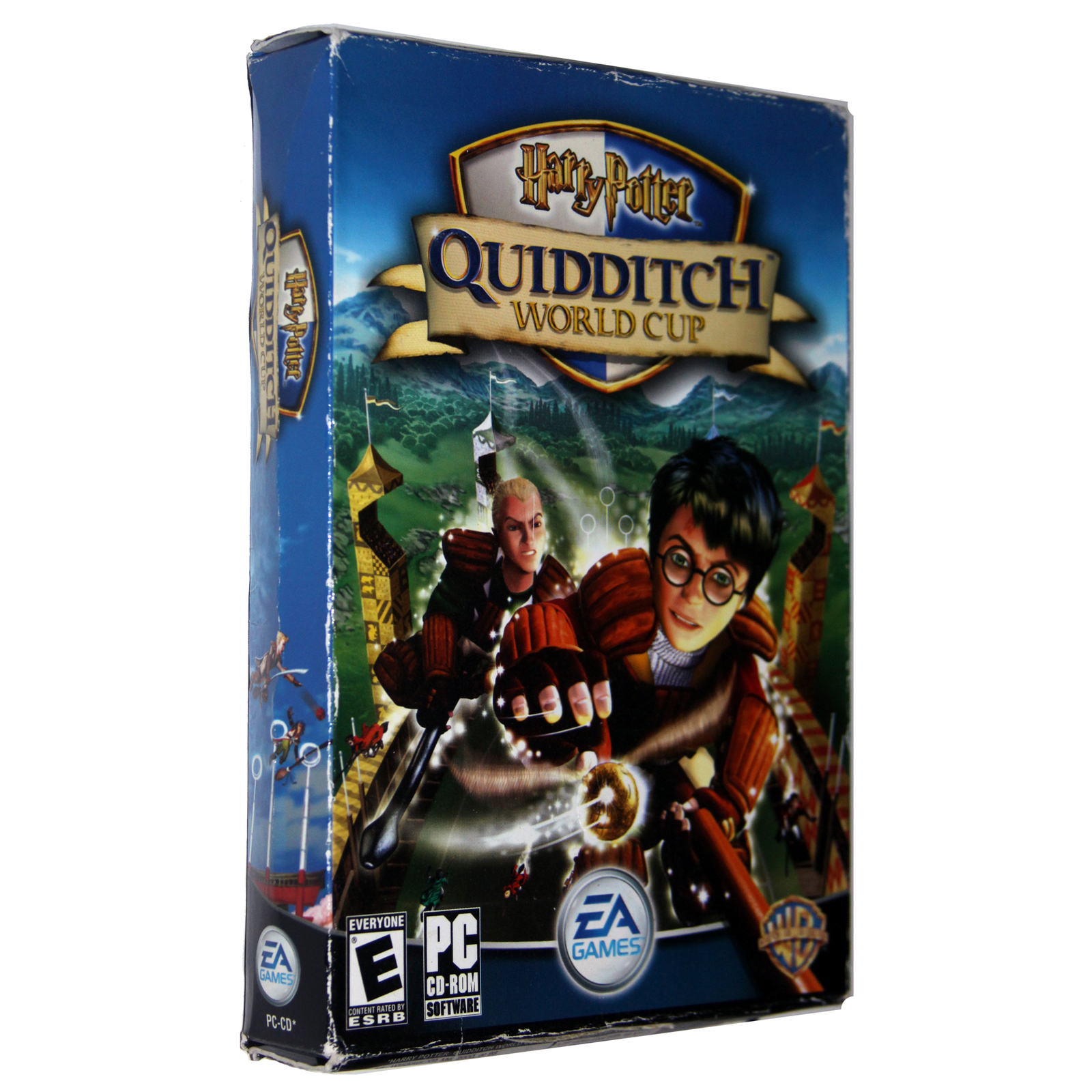 Boy wizard Harry Potter returns to video gaming with his broomstick in tow in Quidditch World Cup, an international version of the sport played at Hogwarts and abroad. Inspired by the Quidditch segment in Harry Potter and the Chamber of Secrets, World Cup features a choice of four Hogwarts Houses (Gryffindor, Slytherin, Ravenclaw, and Hufflepuff), each fielding a team of seven players. Rules follow those outlined in J.K. Rowling's books, with players flying on brooms and representing four positions: the Keeper (goalie), Beaters (defensemen), Chasers (offense), and the Seeker. Four balls are in play at all times, including one Quaffle, two Bludgers, and the Golden Snitch.

The Quaffle is the ball used to score points, with Chasers passing it to each other by throwing it and attempting to score by getting it past the Keeper. The two Bludgers, black balls batted around by the opposing team's Beaters, must be avoided at all costs, as their only purpose is to knock team members off their brooms. The Golden Snitch, a tiny sphere with wings, is sought by each team's Seeker and immediately ends the game when caught. Catching the Golden Snitch is worth 150 points, with each Chaser goal worth ten points apiece. The team ahead once the Snitch is caught wins the game. Players must first compete in the Hogwarts Cup before they have an opportunity to challenge for the World Cup.

The World Cup is an international tournament played by professional teams hailing from the United States, Bulgaria, Norway, England, Japan, France, Germany, and Australia. Each team features distinct uniforms and home stadiums, as well as its own form of tactics and strategy when competing. Players must win each game in the tournament for the chance to win the coveted Quidditch World Cup. The game offers single-player action against computer opponents or multiplayer fun with two teams competing head to head. Various options are also available to help customize gameplay.