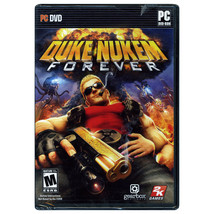 Duke Nukem Forever [PC Game] added to cart. Only one available in stock 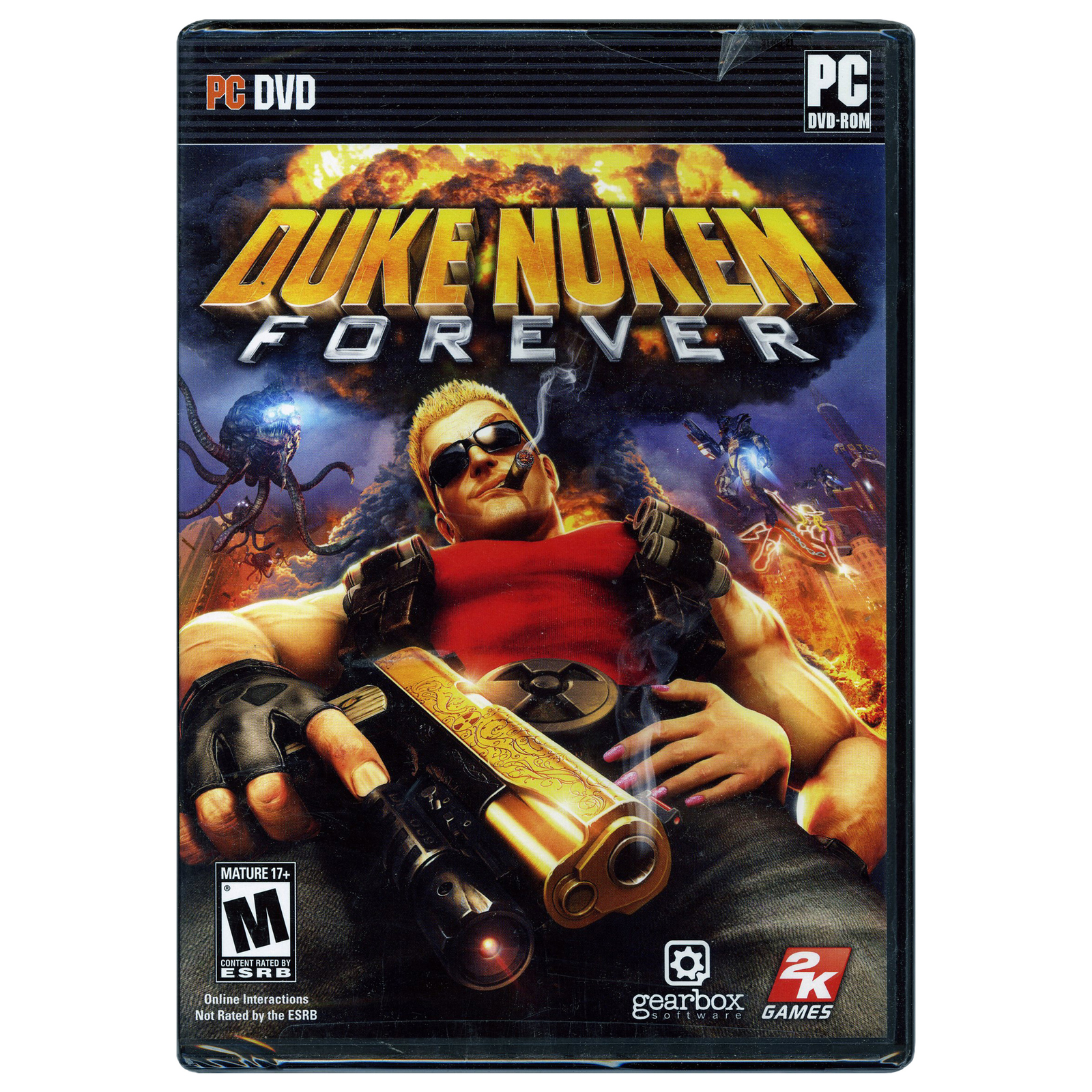 In the realm where puerile plotlines and locker-room humor meet hardcore shooter action, Duke is king, and after a decade-long hiatus, the king returns in Duke Nukem Forever. With development completed by Gearbox Software for a 2011 release, the game incorporates many contemporary first-person shooter features, but the destructible surroundings, larger-than-life enemies, and high-adventure pacing are in classic Duke Nukem form.

In a post-apocalyptic Las Vegas setting of crumbling roadways and toppled buildings, mission levels are stocked with grizzly pig-cop enemies, monstrous alien bosses, and plenty of hot babes in various states of undress and need of rescue. As he frags and gibs his way through each gory sequence, Duke rattles off an arsenal of deadpan one-liners to rival Arnold Schwarzenegger or Bruce Campbell in their action-flick heydays (as well as some that were probably lifted from their movies in the first place).

Available weapon set-ups include two-fisted pistols and the traditional shotgun, as well as more fantastical devices, such as the shrink ray that lets Duke squish enemies beneath his boot heels. Players can also get behind the wheel of vehicles they encounter in the game, and some sequences have Duke manning powerful stationary weapons. Along the way, story-driven character interactions allow players to express some of their innermost machismo urges.

After saving the world (in 3D) the first time (on MS-DOS, PlayStation, N64, and other mid-'90s gaming platforms), Duke Nukem disappeared -- or so the story goes. When the angry alien invaders returned, and tore into civilization with a vengeance, the great hero was nowhere to be found. When they started stealing away the planet's hottest babes, however, it was enough to bring Duke out of retirement and into the fray, with an "all out of bubblegum" sense of urgency.