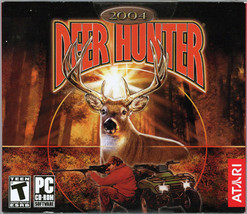 Deer Hunter 2004 [PC Game] added to cart. Only one available in stock 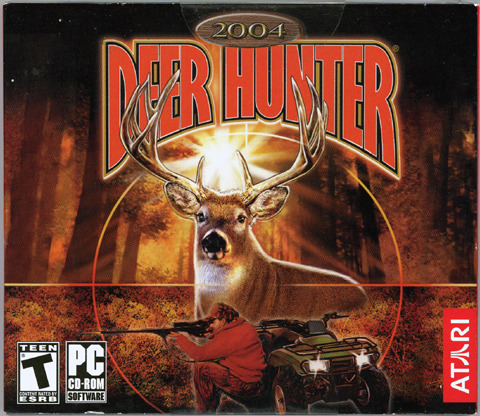 Deer Hunter 2004 represents the first significant upgrade in the best-selling hunting series since its 1997 debut. PC owners will be able to stalk their prey from within a retooled graphic engine designed to offer the most believable 3D environments yet seen in the series. Developer Southlogic Studios, whose previous credits include Trophy Hunter 2003, increased the number of farms, houses, and other interactive structures available to hunters, while paying special attention to the physics of water and plant life as they are influenced by wind, weather, or the animals featured in the game.
From the Manufacturer: Deer Hunter 2004 represents the most substantial upgrade to the series yet, with updated graphics and gameplay that set a new standard for the genre. The game features an all-new graphics engine that provides spectacular outdoor locales and realistic animal animations. Gameplay is further enhanced through more realistic animal behaviors and the addition of new hunting skills. With an easy-to-use custom map editor, players will be able to create their own hunting areas that they can share with friends. Deer Hunter 2004 also comes complete with an exciting online multiplayer component for expanded hunting expeditions. The new adventure begins with Deer Hunter 2004!
Special Features: New graphics and game play from southlogic the developer behind the acclaimed trophy hunter 2003 game; multiplayer action for up to 16 players via a LAN or the Internet back for the first time since Deer Hunter 3 gold; more sophisticated animal behavior models providing more compelling game play; 6 hunting sites covering approximately 25 square miles in diverse locales such as kentucky alberta and new hampshire; 3 different species of deer whitetail blacktail and mule deer other in game animals include roadrunners armadillos eagles raccoon and fish; new hunting skills including animal calling and horsemanship.
Warnings: Realistic Blood,Realistic Violence.
Buy For: $39.99 - $39.99
Condition: Brand new, Factory sealed "US Retail" Jewel case edition
Availability: Usually Ships Within 24 to 48 Hours
Eligible for FREE Shipping, tracking & delivery confirmation