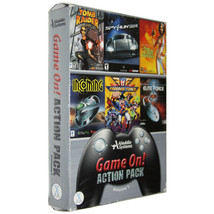 Aladdin Systems: Game On! Action Pack [Mac Games] added to cart. Only one available in stock 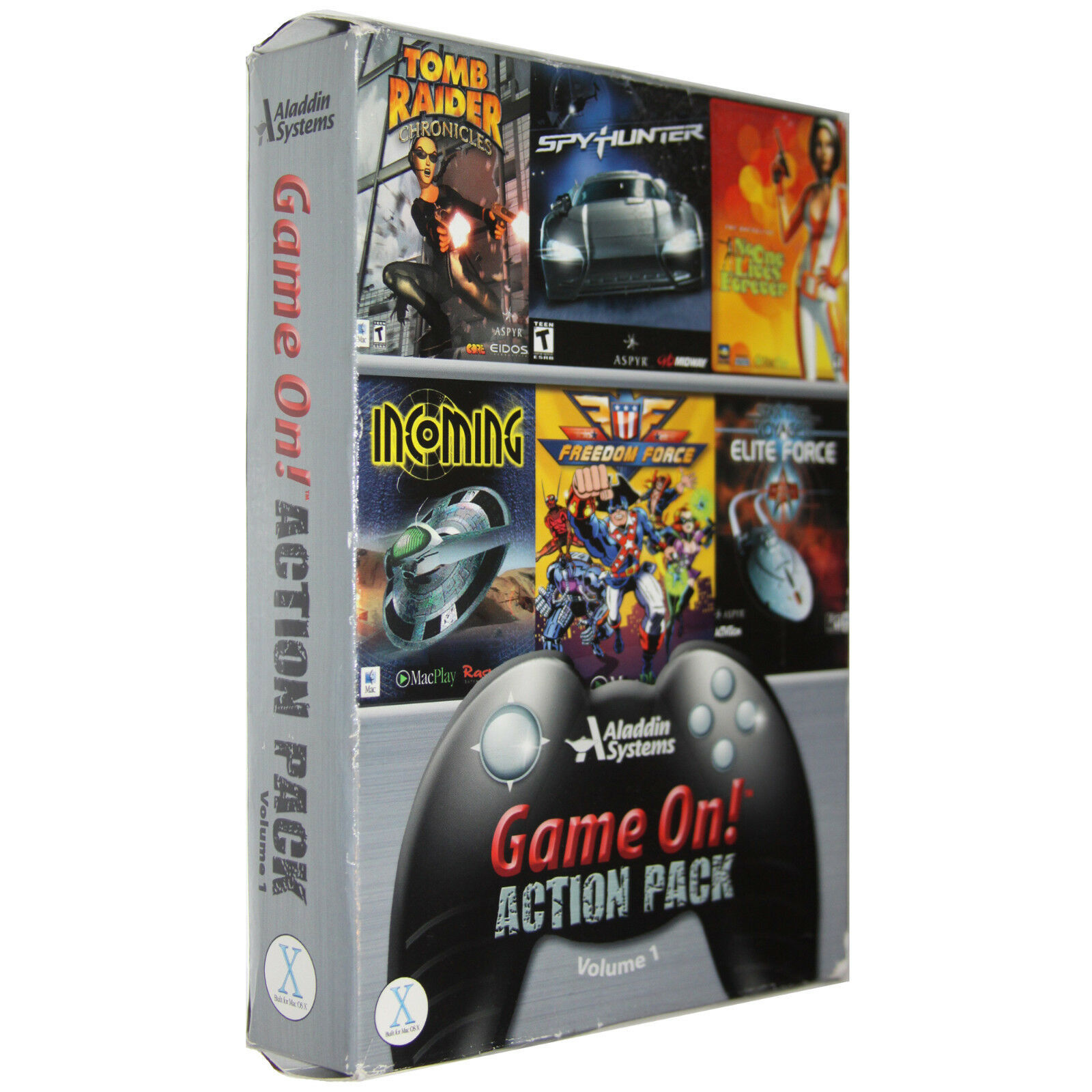 Game On! Action Pack Volume 1 combines three titles originally published by MacPlay and three others offered by Aspyr. The collection comprises Freedom Force, Incoming, No One Lives Forever, SpyHunter, Star Trek Voyager: Elite Force and Tomb Raider Chronicles. Together in the Game On! Action Pack, the collection is available for US$59.99.

MacPlay's offerings in this pack include Freedom Force is a real time strategy game with RPG elements inspired by the golden age of comic books -- players control a team of superheroes out to save the world from a sinister menace. Incoming is a port from the console realm that puts players in control of various vehicles and weapons as they repel an alien invasion force. No One Lives Forever is a 60s-era spy thriller disguised as a first person shooter.

Aspyr's contributions to the pack include SpyHunter, the console game conversion released earlier this year that puts players in control of a high-powered sports car that can transform into a boat and motorcycle. Star Trek: Voyager Elite Force puts players in charge of a Federation security force as they seek to keep the starship Voyager safe from alien attack. And Tomb Raider Chronicles chart the continuing adventures of Lara Croft as she seeks to recover four artifacts in new adventures.

As with the Game On! Action Pack, Aladdin notes that system requirements for each game varies, although they all support Mac OS X v10.2.4 or higher, and some will run on Mac OS X v10.1.x and Mac OS 8.6 and higher as well.